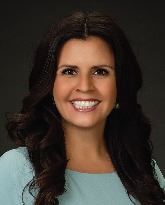 Jessica Ancona is a proud, lifelong resident of the City of El Monte and a daughter of hardworking immigrants from Mexico. She was born and raised in this great city of El Monte, and has dedicated her adult life to public service as an educator and elected official.

Ms. Ancona attended public schools in El Monte, and graduated from the University of California, Los Angeles. In addition to obtaining her bachelor’s degree from UCLA, she has earned a Teaching Credential and Master’s in Education from Azusa Pacific University and an Administrative Services Credential from California State Polytechnic University, Pomona.

Ms. Ancona is currently a high school assistant principal in the Lynwood Unified School District. Prior to becoming a school administrator she was a high school teacher for 10 years. During her tenure as a teacher, Jessica took on several additional leadership roles as the Foreign Language Department Chair, Cheer advisor for 4 years with over 40 students in her program and as a Varsity Softball coach.  For the past two decades, Jessica has been an advocate for our children, their education and quality of life.

In 2018, Ms. Ancona was elected to the El Monte City Council. In the last 2 years on the council, she has taken on the tobacco and vape industry protecting the youth of  this community.  Jessica also advocated for a joint use agreement with the school district, opening up more greenspace for recreational and passive uses for her community. She supports smart conscious development and welcomes progress that considers community first. Prior to being elected to the City Council, Ms. Ancona served as a Governing Board Member for El Monte City School District.

In 2013, Jessica Ancona was first elected to the El Monte City School District Governing Board, where she served as the President in 2016 and 2017 and Vice President in 2018. Jessica also served as a Delegate Assembly Member for the California School Board Association (CSBA) in 2017 and 2018 with 300 other members from throughout the State of California. She was elected to serve on CSBA by local school boards within Region 23. CSBA’s Delegate Assembly plays a critical role in bridging local districts, county offices, the Board of Directors and Executive Committee. Delegates ensure that the association reflects the interests of school districts and county offices of education throughout the state.

As an elected El Monte City School District Governing Board Member for five years, Ms. Ancona supported building state of the art facilities; re-implemented music programs for all students; opened the Jeff Seymour Family Center housing over 30 community service providers for our families; increased wages and improved healthcare benefits for the district’s workforce and maintained a fiscally sound budget. While Jessica was President of the school board, she advocated to establish a Project Labor Agreement with the Building Trades for the final project of a series of school and facility   improvements scheduled to begin late Winter of 2018.

Jessica is a proud mother to a son who is entering his Junior year of college and a daughter who is starting her Freshman year in college. Her parents continue to reside in the City of El Monte and Jessica is the youngest of three with two older brothers.