Create an Account - Increase your productivity, customize your experience, and engage in information you care about.

The El Monte Police Department Patrol Division is made up of four Lieutenants, seven Sergeants, nine corporals and fifty one Police Officers. A patrol officer, during their 12.5 hour patrol shift, can handle a variety of radio calls including emergency in progress radio calls to quality of life issues.

Many officers are crossed trained and perform their ten hour payback in the following specialized units:

The El Monte Police Department has divided the City of 9.67 square miles into five geographic beats. Each officer assigned to a beat is responsible to enforce all laws and preventing crime from occurring. The officers take Community Oriented Policing to a new level by working with these residents on improving the quality of life issues within their Reporting Districts.

A Patrol Officer, at the beginning of their shift, checks out a police unit from our police fleet that includes Ford Explorers and Crown Victoria patrol units. They have a choice of less lethal tools that includes, pepperball launchers, tasers, 40mm projectile launchers, and beanbag shotguns. In addition, they are issued a Benelli 12 gauge semi-automatic shotgun and can check out an AR-15 rifle. Patrol Officers are provided with specialized training to help them while working as a patrol officer. All officers are encouraged to work with the residents of El Monte to provide a safe environment. 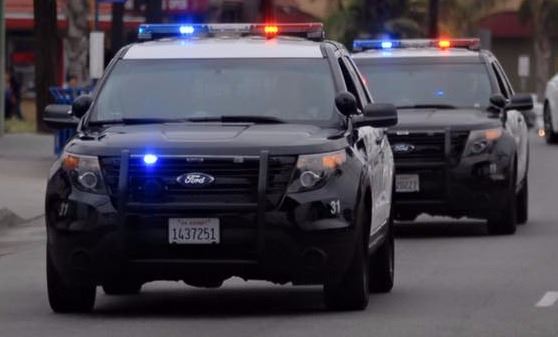